This coming Thursday we are going to visit our daughter's family in England...I have mentioned that sunnystitching is one of my two daughters.  I had made the Crochet Flower Hat and Butterfly Dress to take to granddaughter Evie so wanted to make an outfit for her little brother Canaan.

Some paint stained a pair of Jerry's pants so I made a pair of cargo pants from them for Canaan using Simplicity Pattern 3856 as shown below. 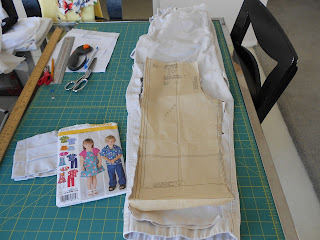 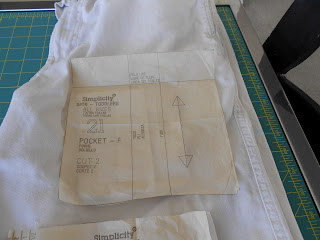 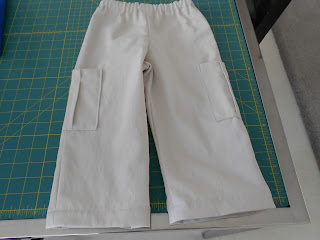 Then, purchased a $3 t-shirt from our local T Shirt Factory store, and on Saturday appliqued a train on it.  I was able to draw the train using a pictures the fabric shown below and  Jerry drew the smoke clouds for me. 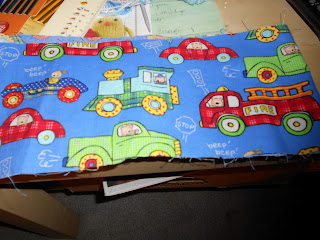 This was my first time using felt for the applique and then embroidering to secure the applique instead of using satin stitch on sewing machine.   I used a really good how to applique on this tutorial. 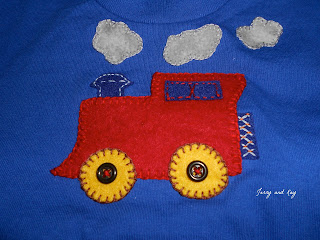 It took me several hours to get the embroidery done!...but enjoyed doing it while catching up on a tv series Once Upon A Time. 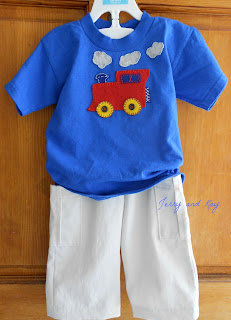