Well, I think I have gotten a little out of chronological order in catching up 2014 blogs.

At Easter of 2014 I noticed a recipe in the April 2014 Issue of Woman's Day Magazine for Mini Easter Egg Cakes, decorated.  I had never decorated using the Decorating Tools, so was excited to try this recipe.  I had purchased a decorating set while visiting Jessica (Crochet Nature) and her family in England. 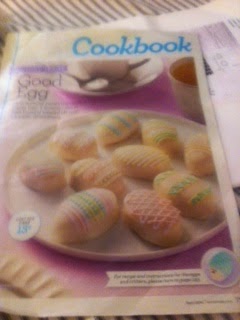 If any of you would want the recipe, please let me know and I will mail you a copy.  The directions are first for the Lemon Cakes, then the Poured Fondant, and last the Royal Frosting.

Yes..I was nervous!!!!  I had never made fondant and not very steady handed with the final decorating.

I purchased the silicone oval pan as recommended in the directions...I found it on either ebay or amazon {(can't remember...another reason to post sooner than months later:)}

I did not have a Kitchen Aid at that time so used a hand mixer.  Definitely trying the Kitchen Aid next time.

It turned out the silicone pan I ordered only had 8 oval cavities when the recipe used one that was much smaller.  So...I adjusted the recipe and used 3 TBS batter per cavity instead of 1 TBS.  The 8 cavity pan made 13-15 lemon cakes.

Anyway, enough chatter.  Below are some photos of my attempt at these lemon cakes! 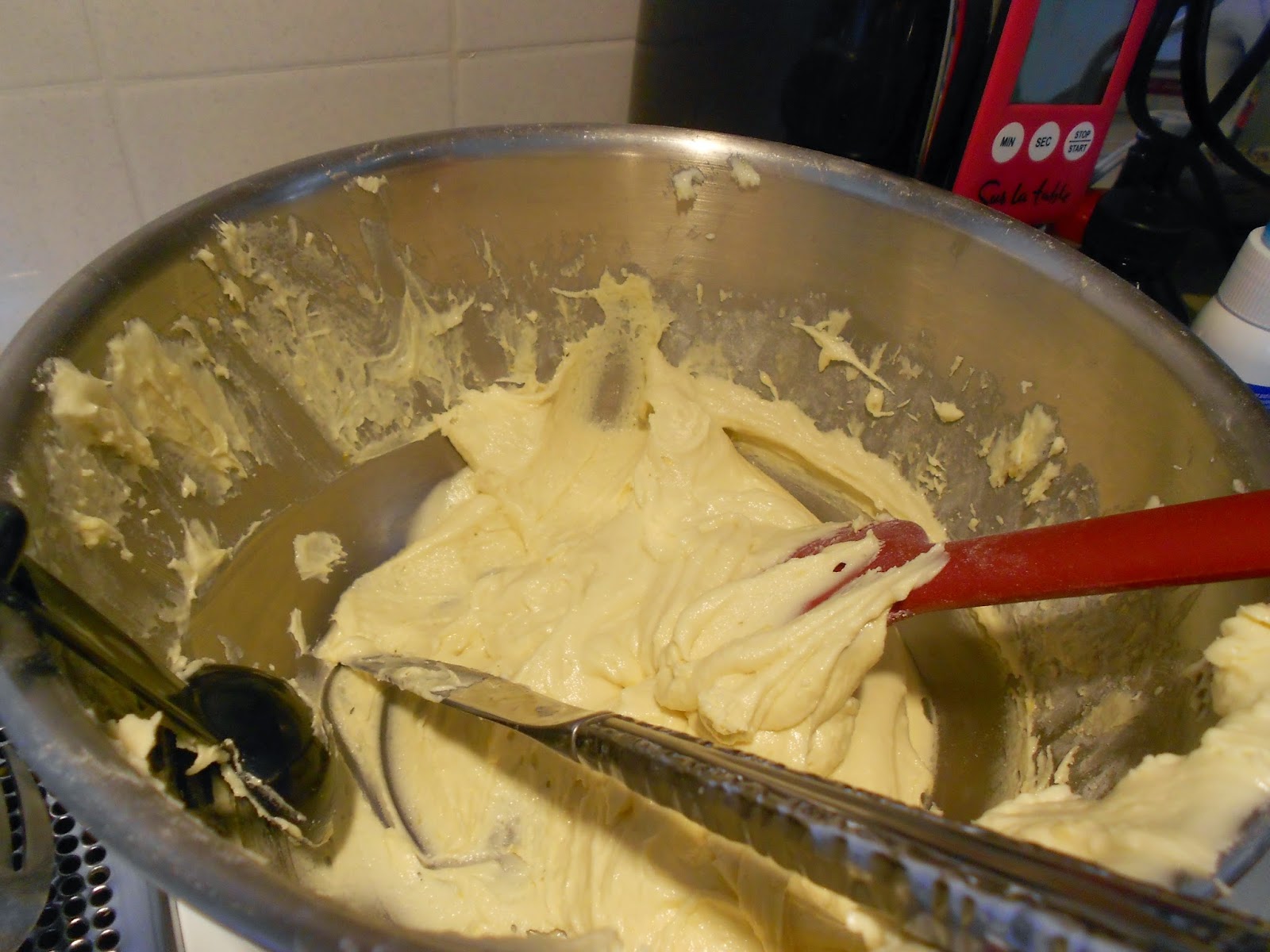 Here I am mixing up the batter. First whisked flour, baking powder, salt . Then beat butter, sugar and lemon zest.  Added eggs and after they were beat in, added flour mixture along with milk and lemon juice. 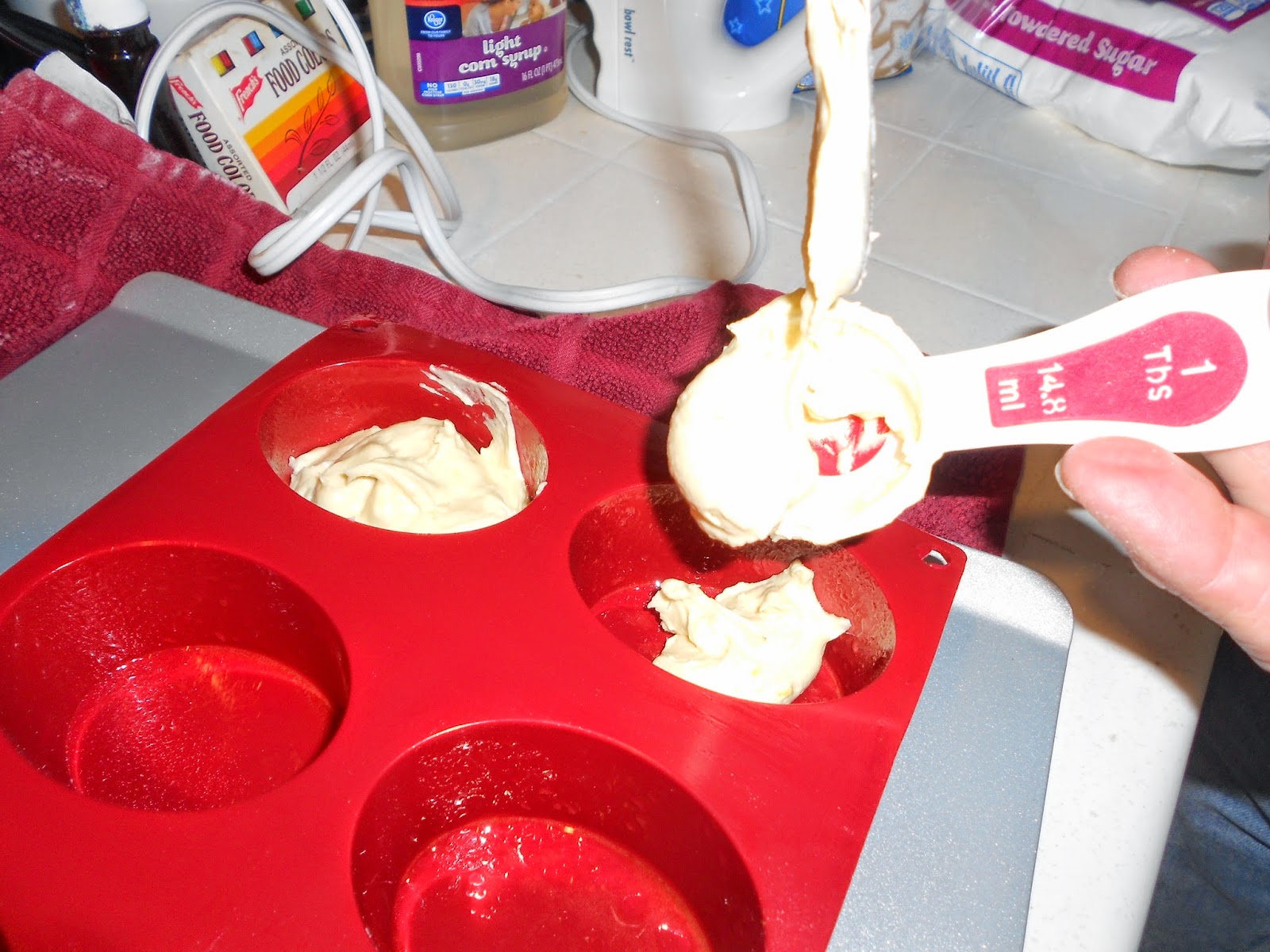 Divided the batter among the cavities in the silicone pan, 3 TBS per cavity. placed silicone pan on a baking sheet and baked 350 about 15-17 min or until toothpick comes out clean. Transferred to sire rack with rounded side up.  Rinsed oval pan and made another batch.

I did not take photo of making the fondant...but put 1lb powder sugar, 1/4 C light corn syrup and 3Tbs Water in heavy bottomed saucepan on low heat and stirred until melted and warm but not hot to touch, 3-4 minutes. 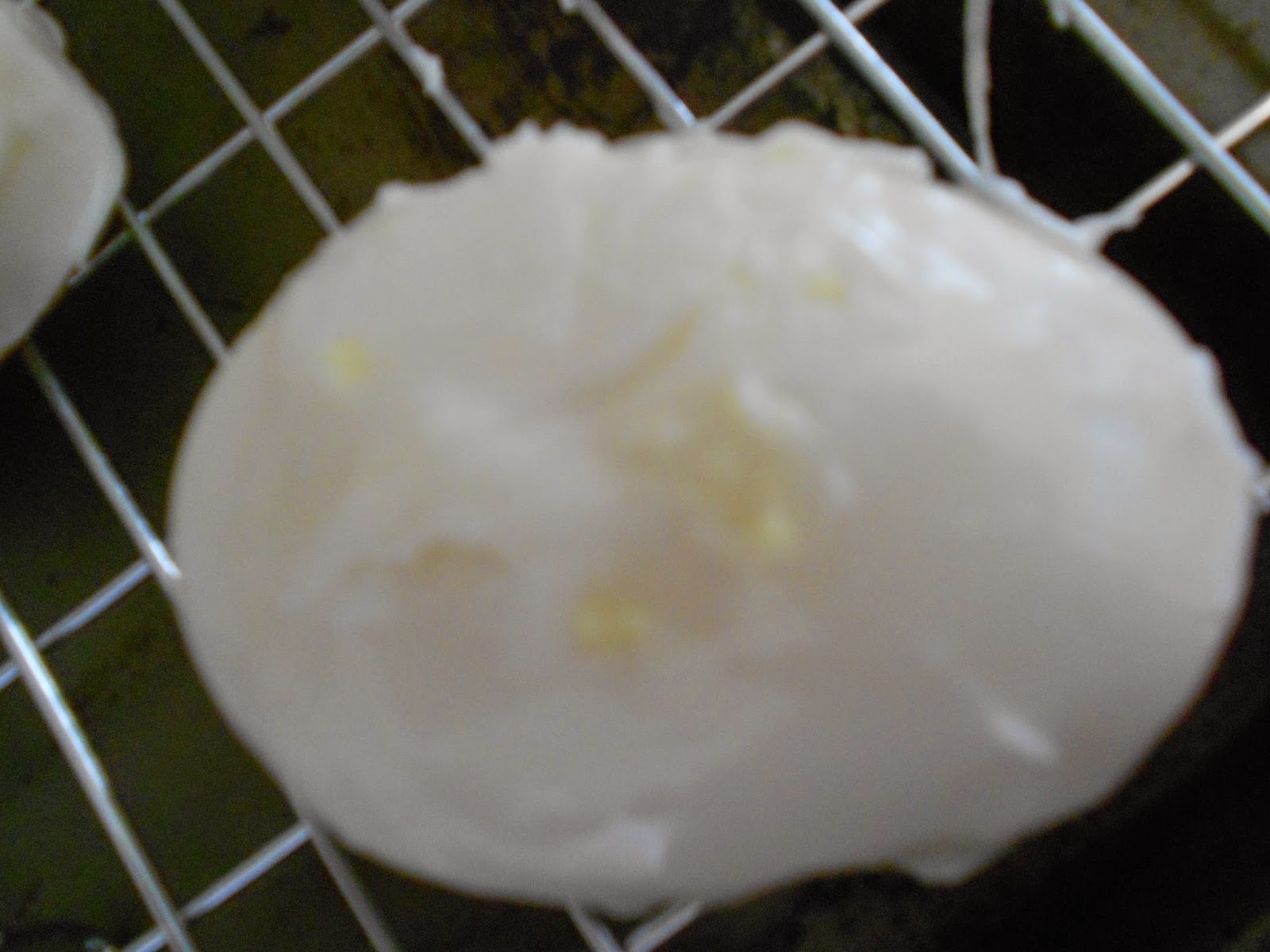 Held each cake on a fork and spooned frosting over the top covering all sides.  Then put back on wire rack. (also had cookie sheet under wire rack to catch fondant as it covered each cake. 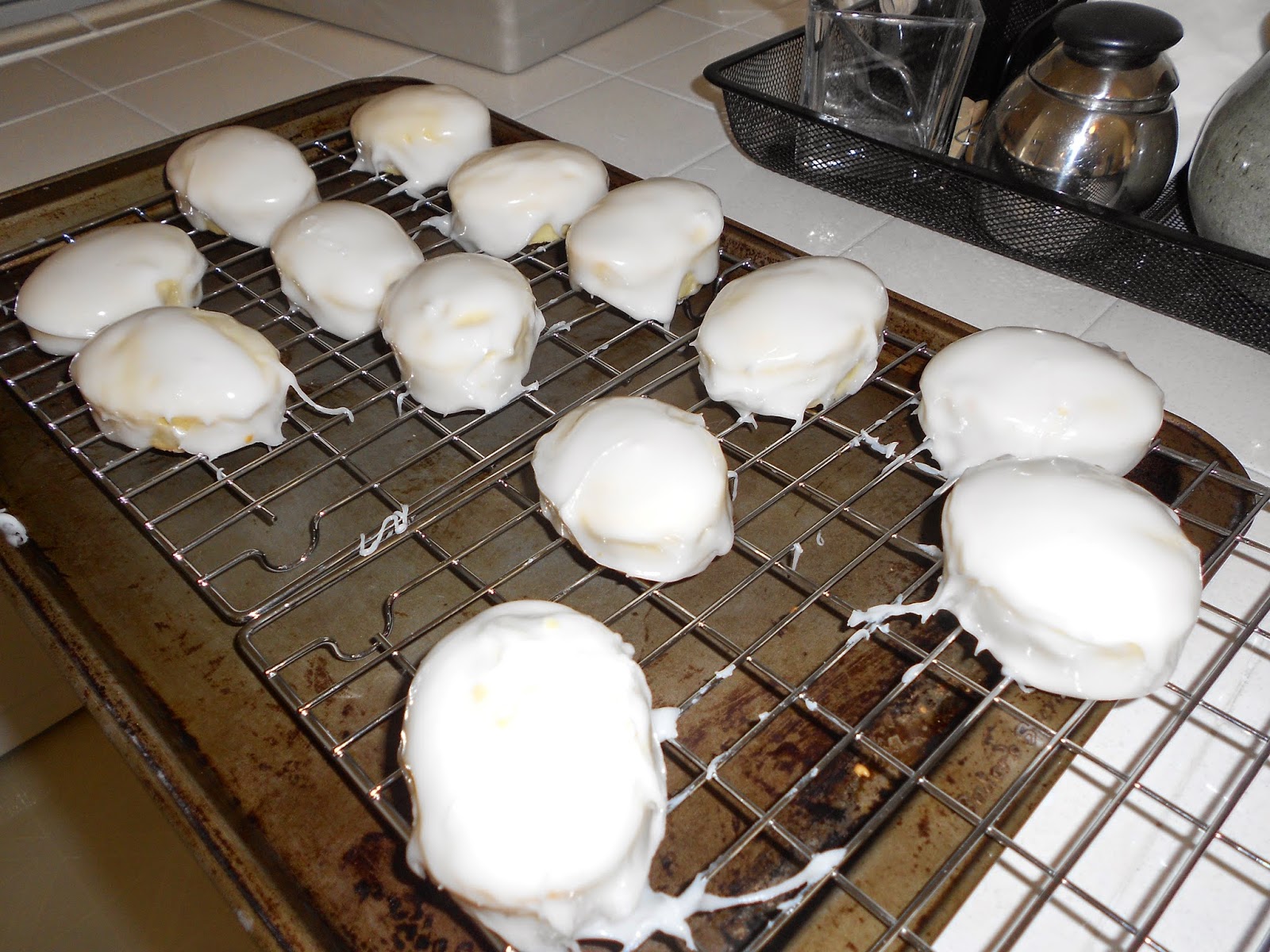 Cakes after having fondant applied. 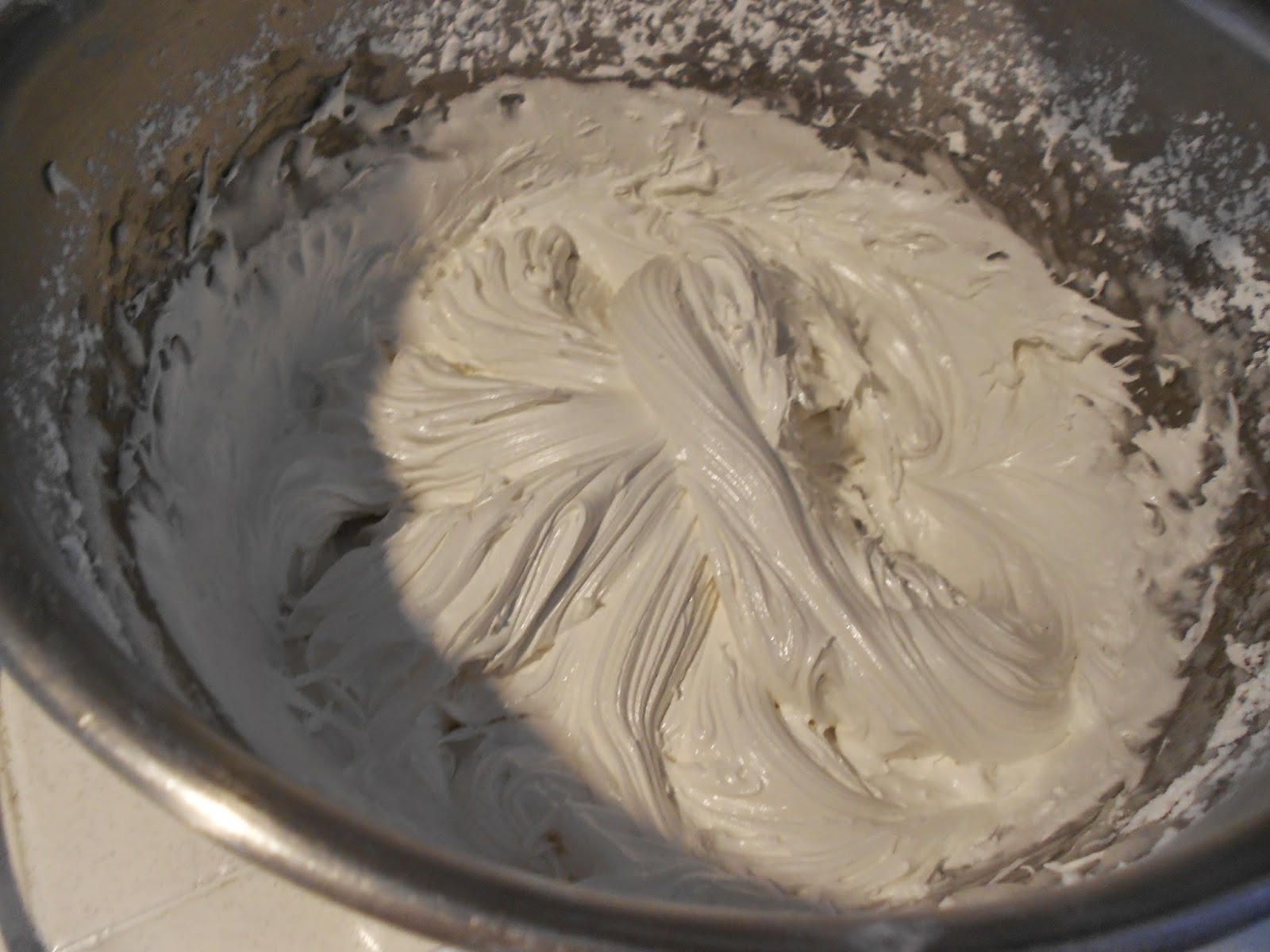 Next, made the Royal Frosting which was quite easy using egg whites, vanilla extract , crean of tartar and powdered sugar. Looks nice and shiny above.
Did not take pictures of how I used custard size bowls and put some of Royal Frosting in each one and added food coloring to have four different colors along with leftover white color frosting. 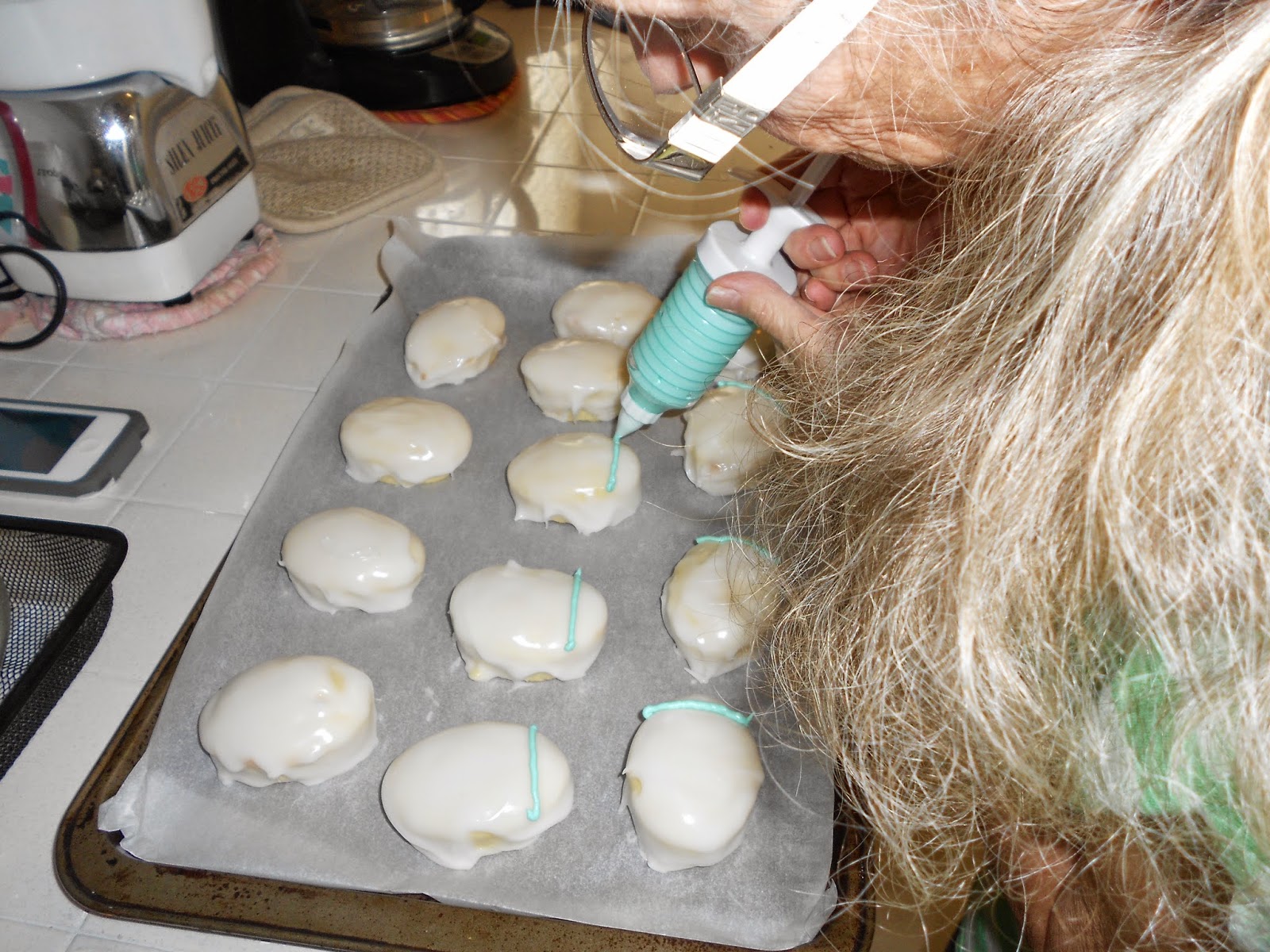 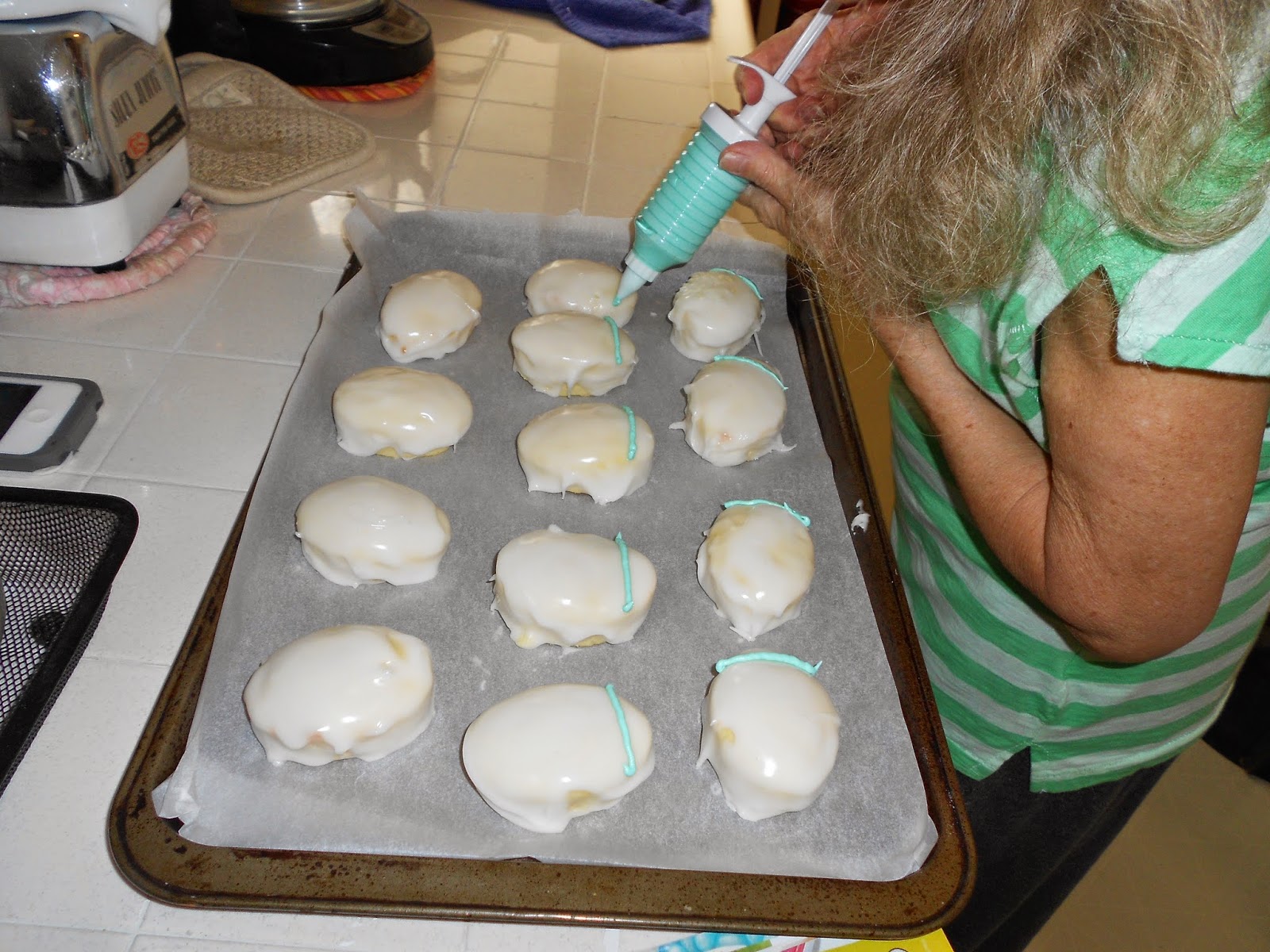 Used Pastry decorator and tips that came with it to decorate the eggs cakes.  Even though I am not so great at this, it was fabulous fun!!!! and I felt like a pro! A peak of the luscious inside of the lemon cakes. 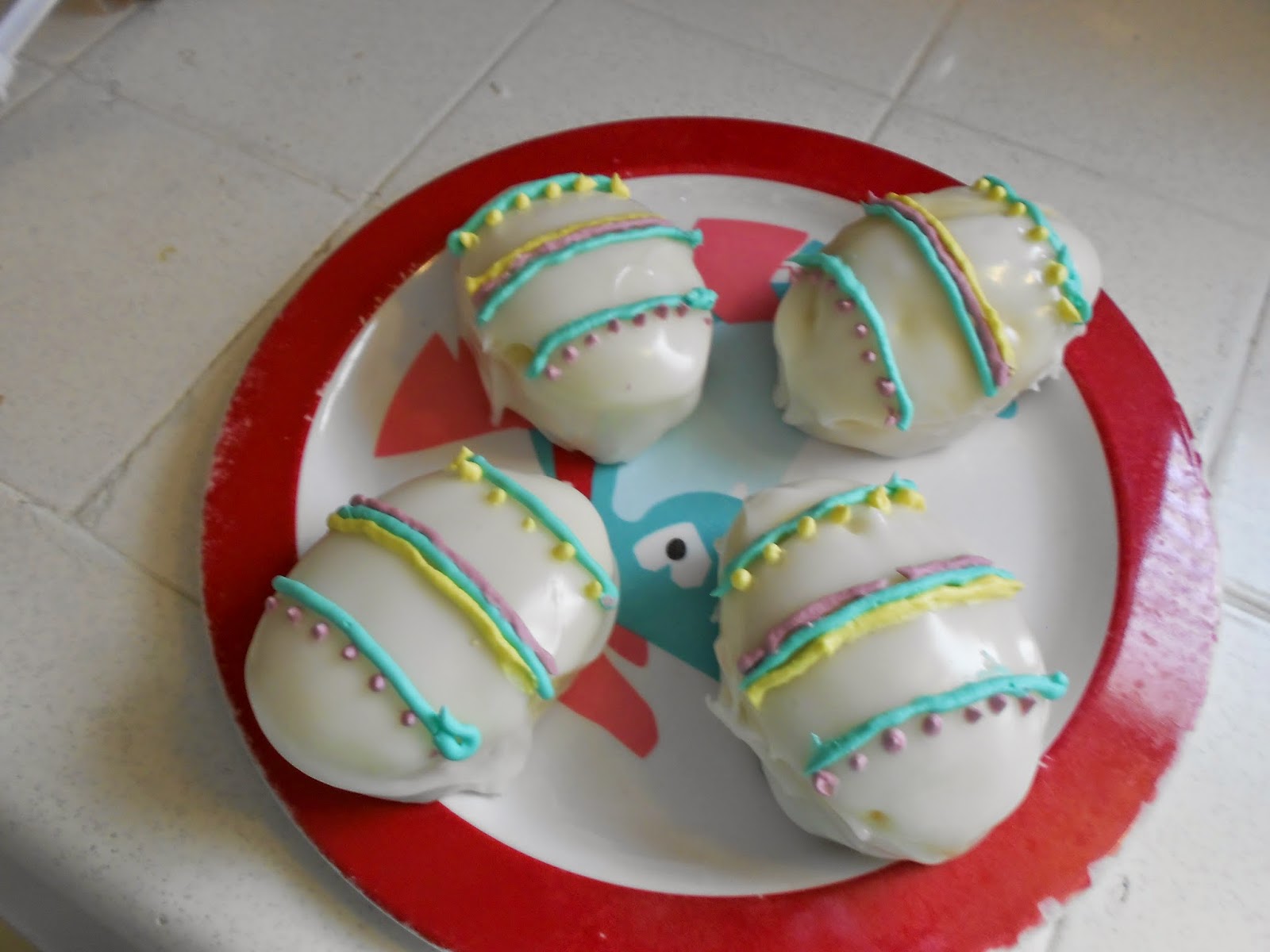 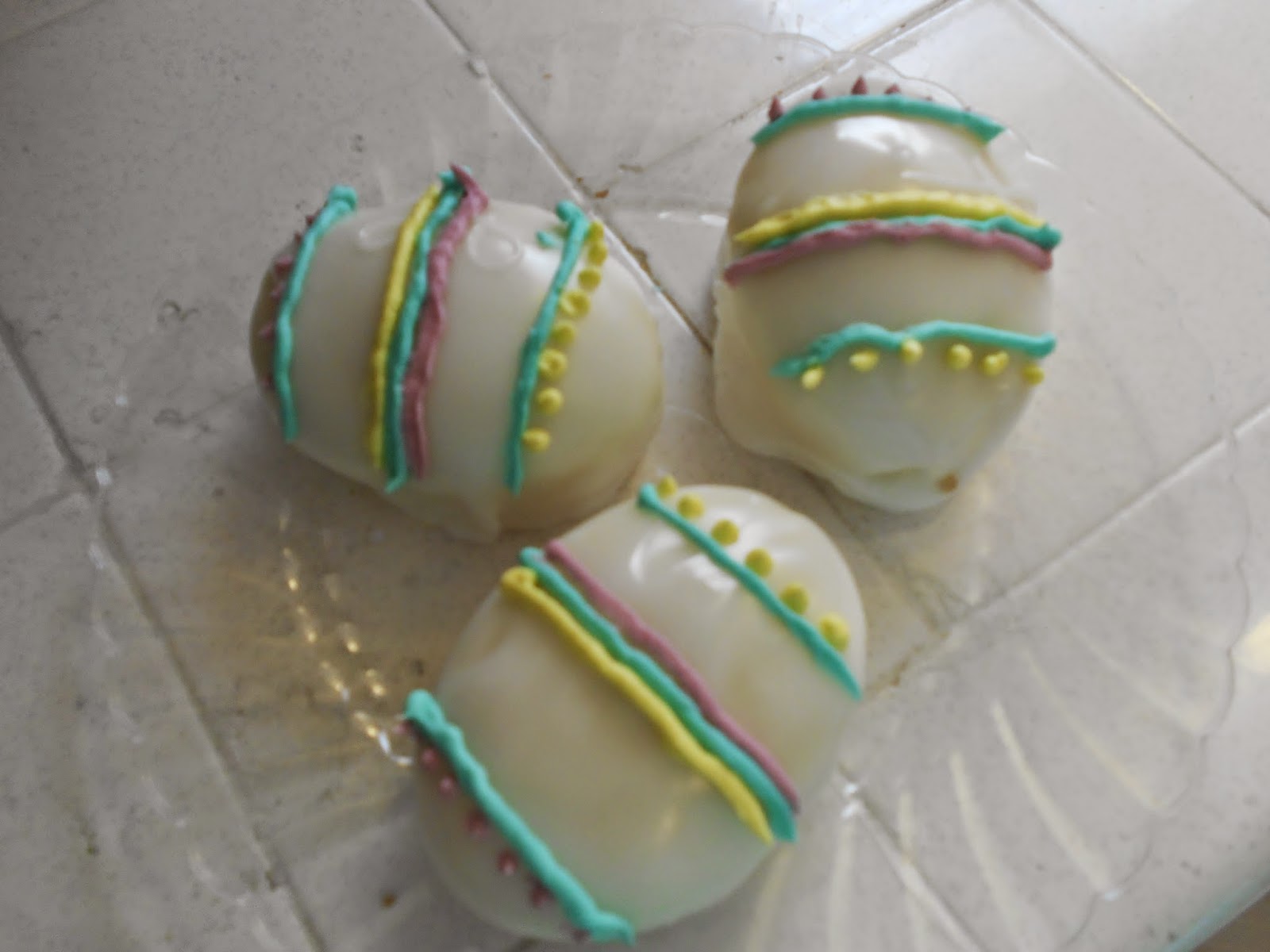 Of course, put them on a plate, wrapped them prettily and delivered to the neighbors........

Sidenote: Had requests for more from two of the neighbors and got to make more the next weekend!