Around the beginning of November, my daughter requested a towel for her son soon to be 1 year old.  He had outgrown the ones she had been using.

Jerry and I went to our local JoAnns Fabric Store and purchased blue terrycloth and Jerry found a really cute print that had a taupe/gray background with cute little footballs on it.  Perfect! since Mary and her husband are great sports fans.

I did some research for patterns for the child towels and used ideas and instructions from these two blogs..Pretty Prudent....Stitched By Crystal 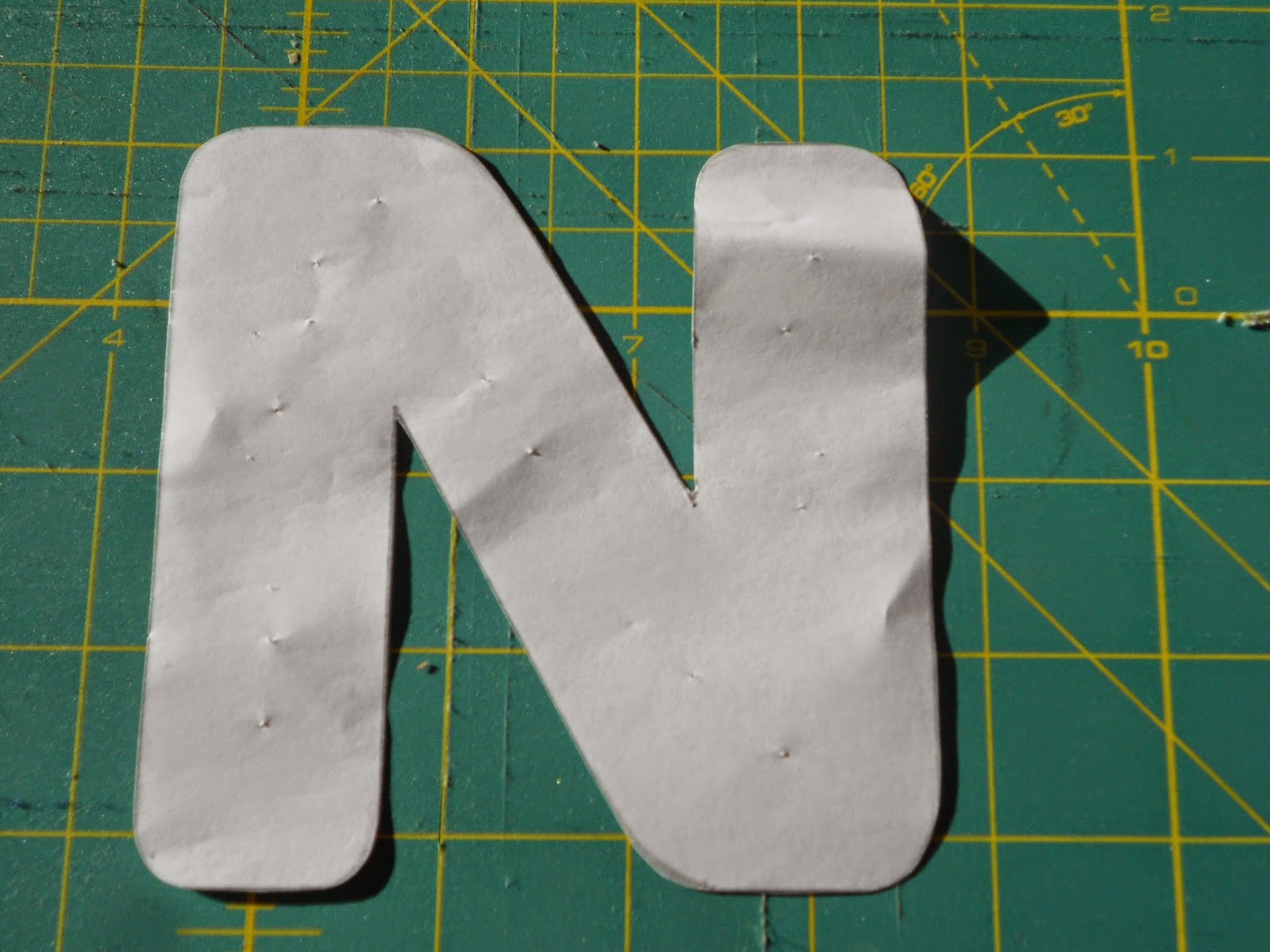 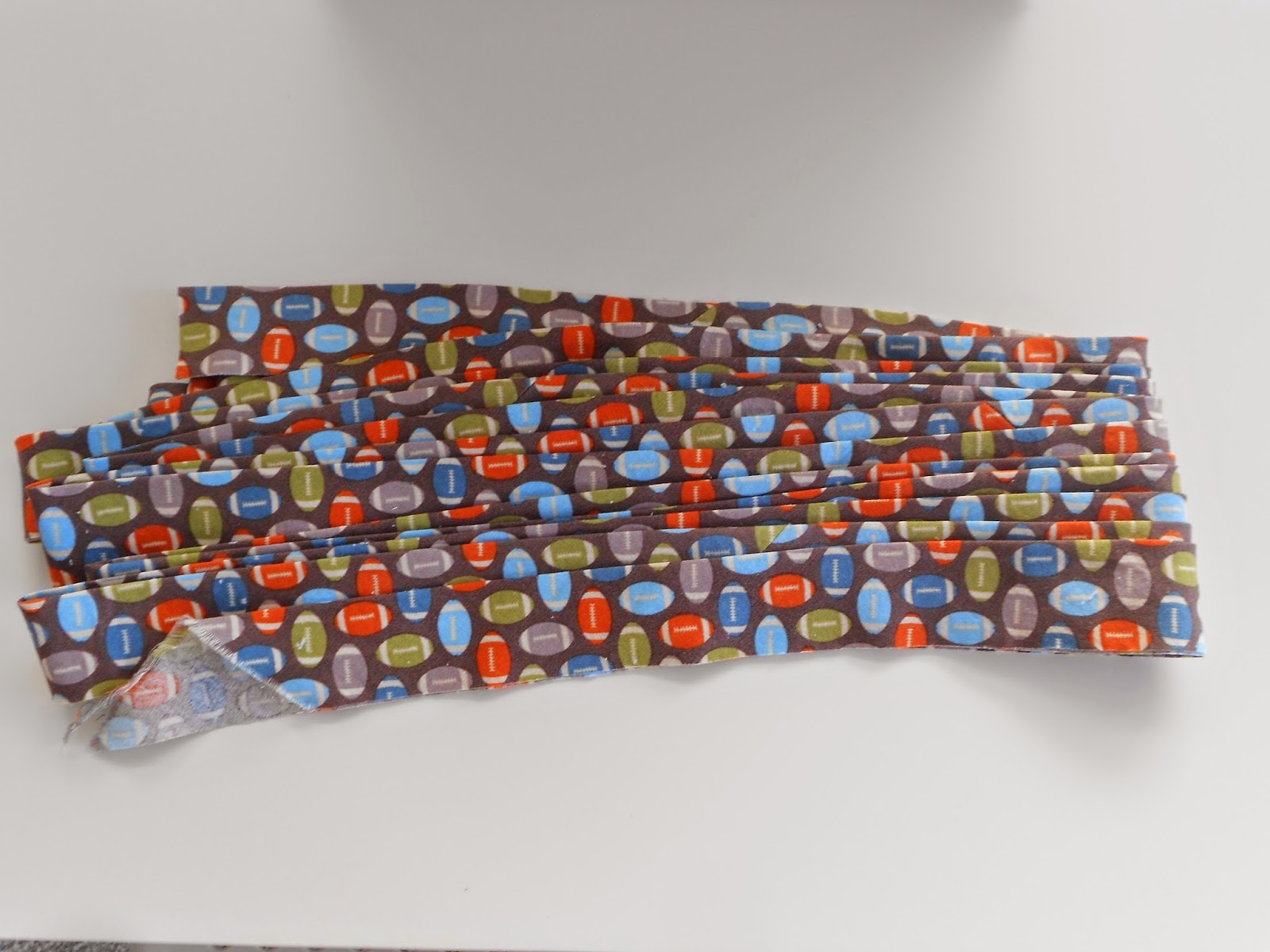 I made the bias binding out of the really cute cotton fabric Jerry found.  See above! 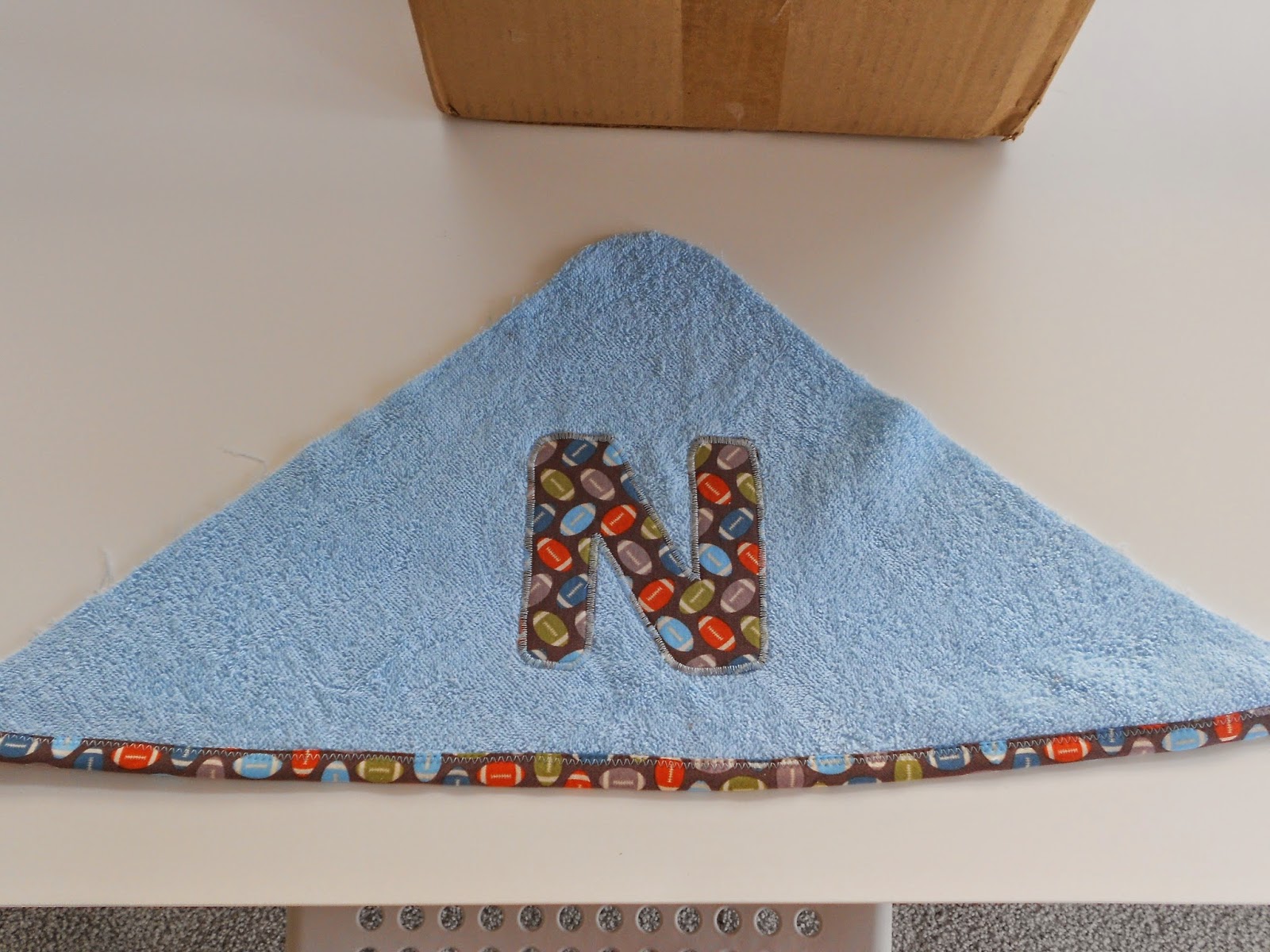 Next cut out the triangle for the hood.  Appliqued the N on it and sewed on the fabric bias binding. 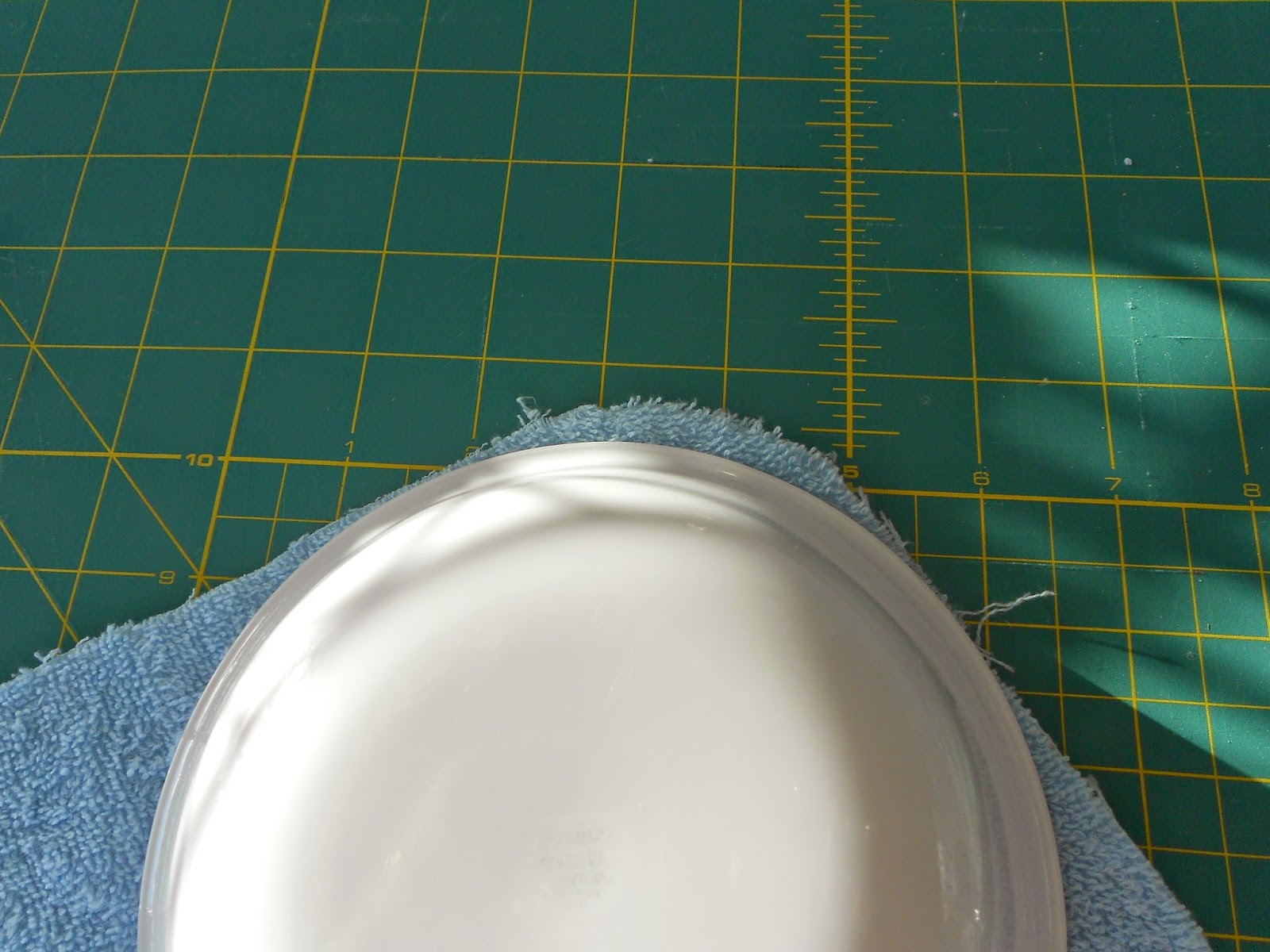 Before sewing the fabric bias binding on the towel, I used a bowl to trace the curve for the edges. (This was a suggestion in one of the tutorials.) 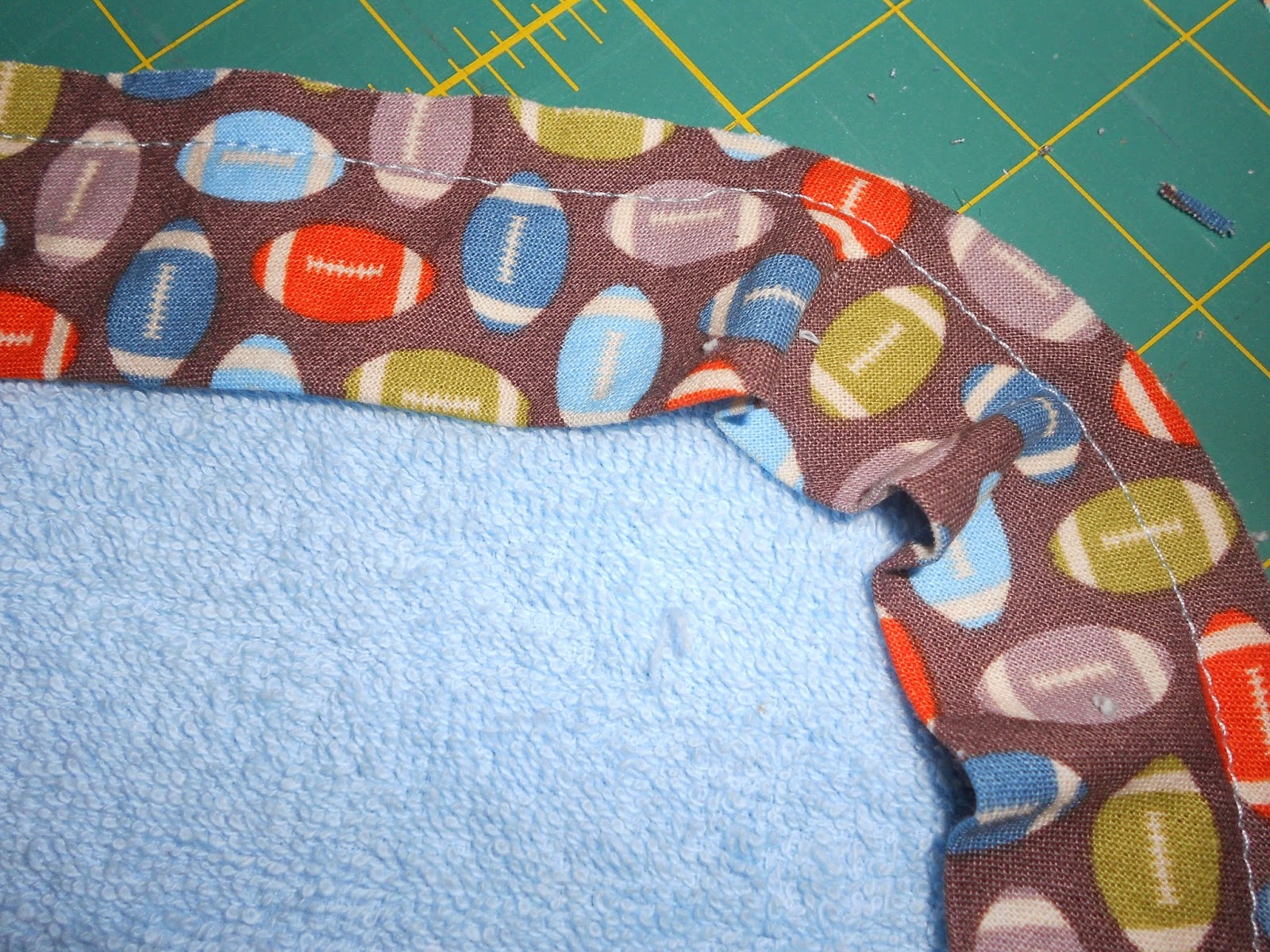 Sewing on the fabric bias binding to edge of towel.  I folded the binding in half, ironed it and put the raw edges against edge of towel.  Sewed all around, then turned the folded edge over to the back of the towel and sewed in the ditch of the first seam made. 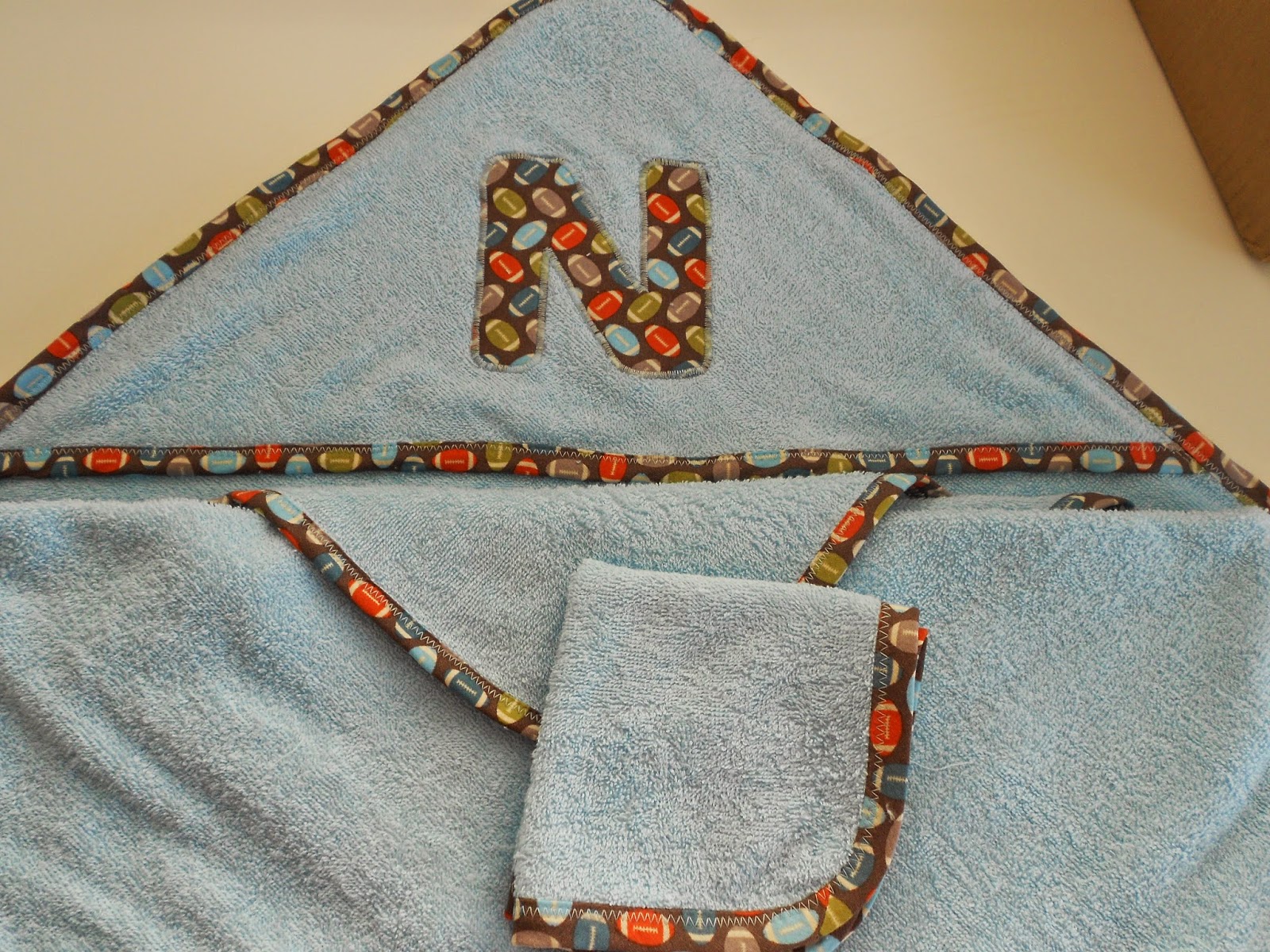