Henry, A Brave and Creative Fireman

I am blessed to get to have my grandson Henry come over several days a week.

One day we were playing fireman (yes....I get into the action, costumes, hats, etc) and he left the room.  Then he came back in with the light from his Black and Decker Tool Workbench and had decided to use it as the hose to put the fires out with.

He asked me to tape it to his back and we proceeded to do so.  I love these kind of days! 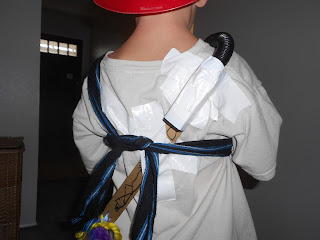 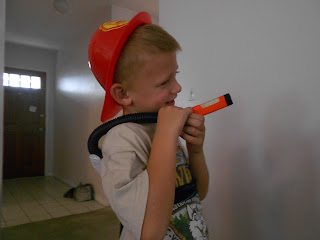 A small fire was extinguished on the wall!  Whew...thankgoodness it could be put out! 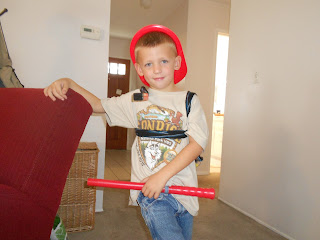 Some posing by my brave fireman as he holds the warning alert horn! 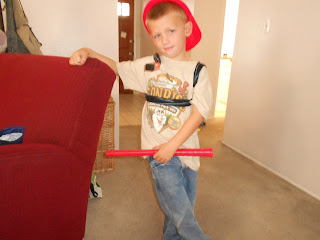 He is enjoying these photos! 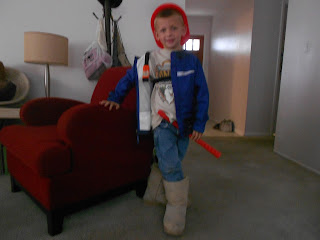 Yes, he is a very handsome fireman in his uniform! 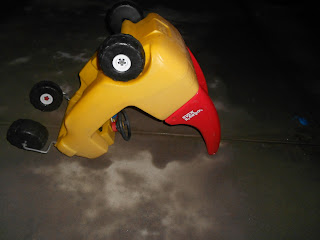 Our photo session was interrupted by a car fire, but Fireman Henry quickly put it out and saved the car! 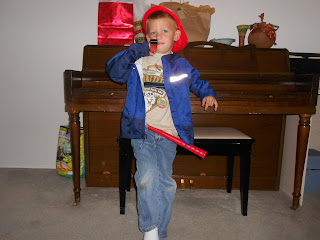 I tell you.....he is very inventive and we had a blast using that hose to put out many fires that day!
Posted by Jerry and Kay at 5:48 PM

Email ThisBlogThis!Share to TwitterShare to FacebookShare to Pinterest
Labels: Playing