Beds for Sally and Brave Lion

Once upon a time there was a wonderful grandmother named Nanny.  Nanny had two grandchildren who lived in England.  Their names were  Evie and Canaan.  At Christmas Evie and Canaan each received a new small animal. 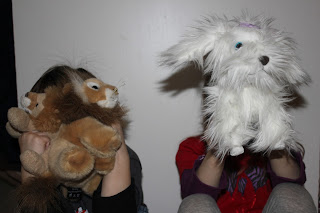 One of the animals was a Brave Lion.  The other animal was a fluffy white puppy. 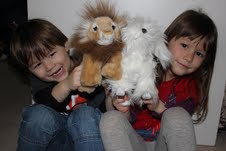 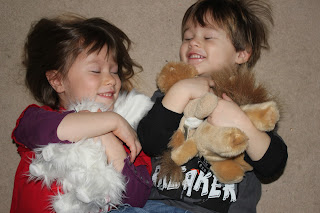 But.....Brave Lion and Sally did not have a bed. Nanny decided to make them each a bed.
She found a pattern here that a really nice person shared and used it to crochet the new beds. 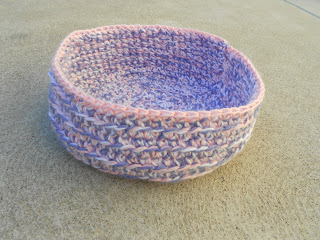 Nanny made a white, pink and violet bed for Sally, the fluffy white puppy. 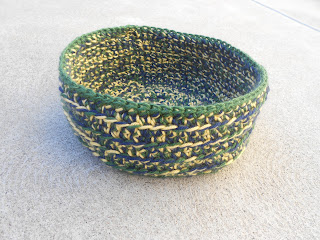 Nanny made a green, blue and yellow bed for Brave Lion. 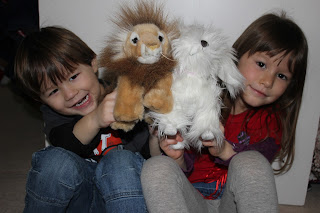 The beds are a surprise for Evie and Canaan, Sally and Brave Lion.