About a month ago, Jerry asked me to make a bag for his new bodyboard.  The bag basically keeps the sun off and also is protective to keep the board from being scratched when in the garage.

I had a couple flannel sheets that I had sewed to be a comforter cover so I took them apart.  The process was pretty simple.

I basically laid the bodyboard on the sheet and put pins around it  to mark where to cut it.  Then I sewed it on the sewing machine around 3 sides.  It was too large so I sewed it in more and cut off the extra fabric.  Then I turned down the top one time and sewed it to be a casing.  Jerry had a shoestring that he wasn't using so we pulled it through the casing and the bodyboard bag was finished!

A few pictures are below: 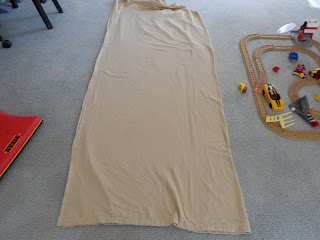 Folded sheet in half 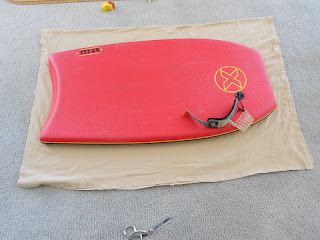 Here is the bodyboard on the sheet and I pinned around it to make the seam line. 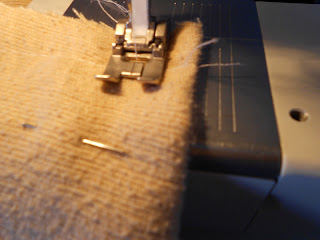 Sewed around the 3 sides.  Picture shows me sewing seam along the folded side.  I cut it open after sewing the seam. 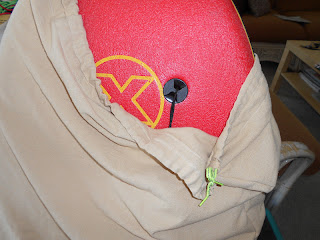 Tried to show the green shoestring that we pullled through the casing. 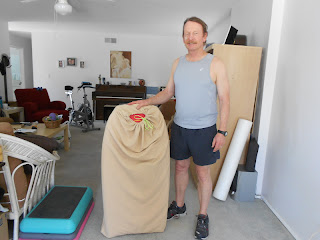 Jerry and the new Bodyboard Bag