These Little Piggies Are Going to England!

There were lots of scraps of fabric leftover from clothes I had sewed for Evie and Canaan (my grandchildren who live in England).  So I decided to cut 3-1/2" squares from the fabric, sew them together to make two pieces large enough to cut out the pattern for the two Pigs!

The pattern for the pigs was a 1967 Simplicity.  Of course, the instructions were missing but it wasn't too hard until I lost the pig's ear pattern and had to improvise. 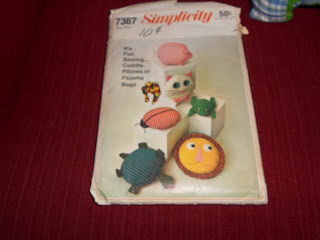 I found a pattern for making the curly tails and made a red one for Canaan's pig and a pink one for Evie's pig. 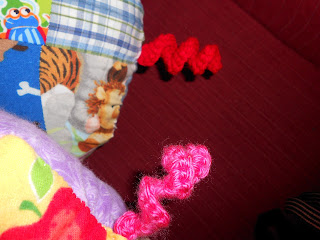 So....these lucky little Piggies are going to England to play with Canaan and Evie! 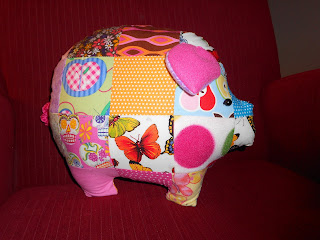 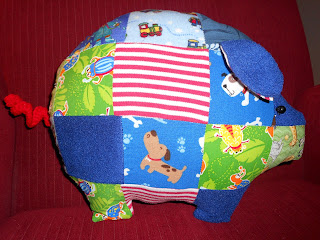 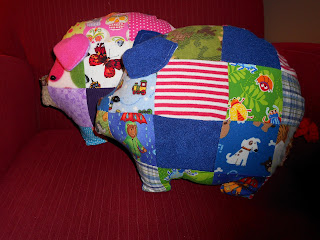