I love the tile countertops in the kitchen and bathrooms of our home.

Some of the grout between the tiles had worn away, especially in the kitchen.  One area, there was actually no grout left.  I decided to regrout since I do mosaics and figured it would be just like doing them.

I got advice from an associate in our local Lowe's and got started.  It was not hard at all.

First, raked out the empty areas between the tiles and raked the rest of the grout areas to clean them.

Used vacuum to blow all the dust off of the counter and wiped down with a dry rag. 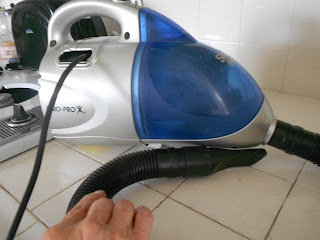 Then mixed the grout and water to be like a peanut butter consistency and used my hand and a plastic spoon to fill in the areas as needed.  The associate at Lowe's suggested I get Keracolor U Unsanded Grout since the area will not be walked on. 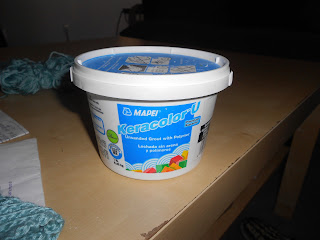 For the grout that did not have to be replaced I recolored it white so it would match the new grout areas, using Grout Refresh.  I used a paint brush and switched to a toothbrush to put it on. I poured amounts into the plastic container.   Once it is on, the instructions say to let it sit 30-60 minutes, spray with water, let it set 5 minutes, and then wipe off the extra that gets along the edges with a sponge. 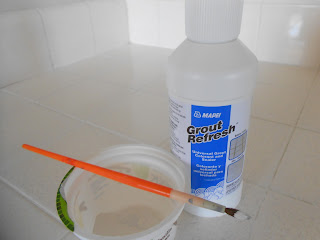 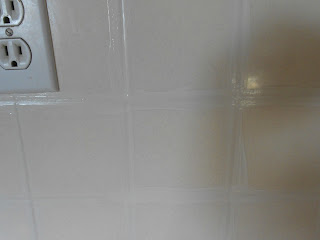 The tiles in our home are laid very very close together so I tried various rakers, a box cutter, a grout tool shaped like a hook, but decided on the grout rake (there are no photos of me using it)

First, using box cutter I scrapped all the "food particles" that had accumulataed in the cracks with no grout. 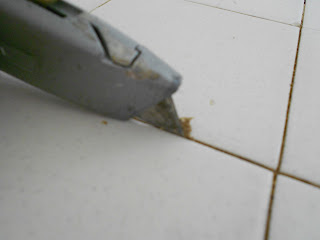 Then tried this tool to just clean other areas where there was recessed grout that needed to be filled in.  The tip of it was a little too wide to really get into the space. 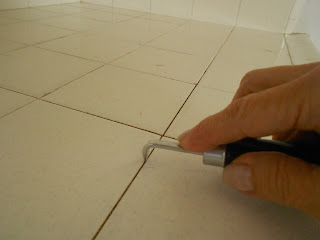 The Grout Rake was the BEST.......really cleaned areas when scrapped over existing grout before the Refresh Recolor and dug just deep enough on areas that needed new grout.  A  photo of it is below. 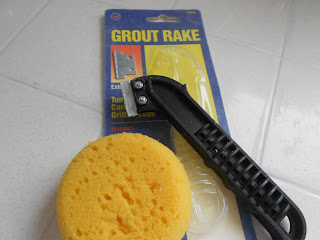 Some "Before" photos are below.  The Grout Rake was great in the wider grooves. 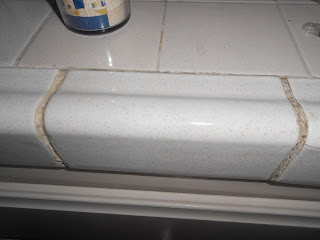 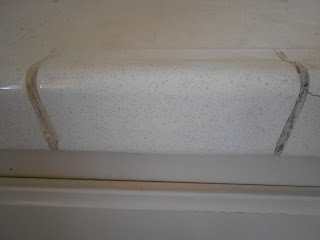 Below is the Keracolor U Unsanded grout made into a paste and spread into the open area of the groove.  Once the groove is filled in, I let it sit for a little while and then wiped the excess off with a damp sponge 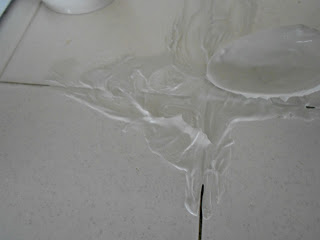 Honestly, when it was done.....it made the kitchen and bathrooms look like they were newly painted...just freshened up so nicely!
Photos are below....... 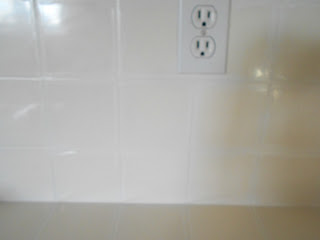 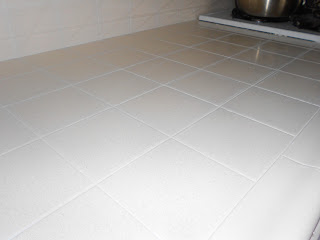 All done and so happy with the finished look!