Yea!  School's out for Thanksgiving Week!..So me, Henry and Corey made Thankful Trees.  I was inspired by the one my daughter Jessica (aka SunnyStitching) made with her children.  She has directions on her blogpage.  Very simple and the most fun part was painting the containers!!!!

This is the one we made for Henry and Corey to take home.  Their dad Joel (my son) came early to pick them up so he got to help cut out the leave, put the yarn through them and then they each added the first leaves of thanks to the tree. 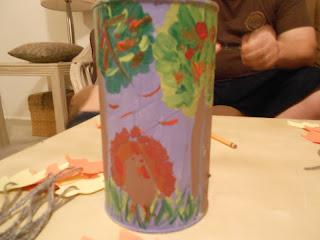 Corey painted this side of the can with beautiful cheerful trees and a turkey! 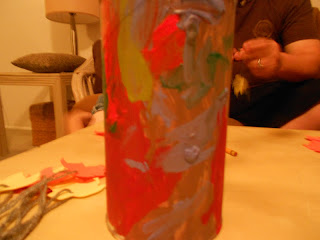 Henry painted this side of the can...a modern art scene! 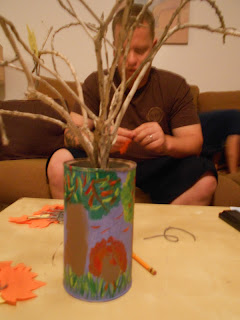 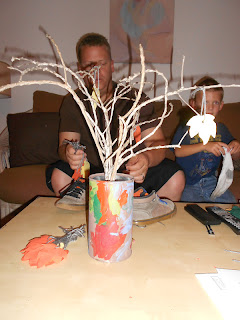 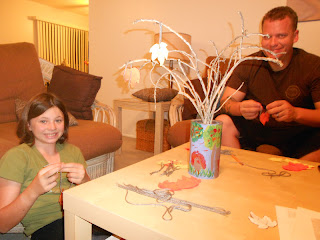 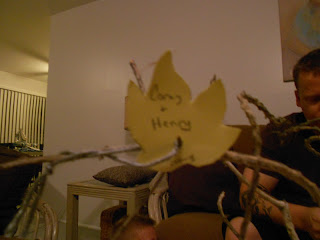 Of course Dad Joel was thankful for Corey and Henry:)

Joel suggested we make another one for Thanksgiving Day to use at our house.  So, another day when Henry and Corey were here, as well as Papa Jerry, we made another one! 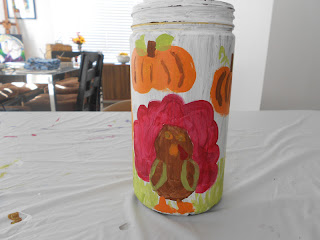 Corey painted this side with a pumpkin and turkey theme!  I love her turkey! 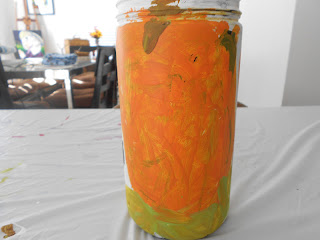 Henry painted this beautiful pumpkin on his side of the container!!! Fantastic! 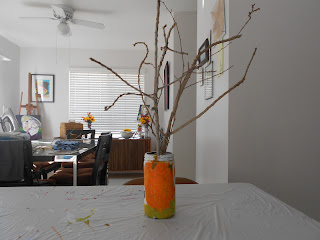 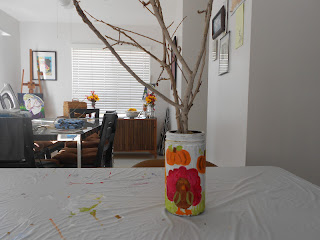 Above are two views of the finished Thankful Tree.
(not pictured is Papa who cut the branches for the trees with the help of Henry)

I must say that some of my friends who saw them were so inspired to make one to use at their Thanksgiving Day celebration.

Thank you Jessica for making your Thankful Tree!