Jerry and I wanted to add two sheep to the Nativity Scene that we made last year with Corey, Henry and our neighbor's daughter Lily.  We drew the figures of Joseph, Mary, the manger and Baby Jesus on pieces of wood.  Jerry cut them out.  We all then painted them and put them in our front yard last December.  We did purchase the lighted star at Lowe's Home Improvement here in San Clemente. 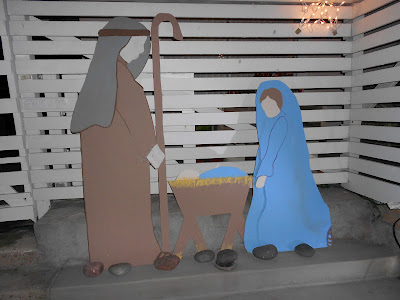 However, we really missed Evie and Canaan helping us.  They had not arrived from England yet.  We knew their visit at Christmas would go by very fast.  So we decided that when they came during the summer we would add two sheep.

Jerry cut the sheep out.  He outlined them and Evie, Canaan, Corey and Henry all got to paint them together.

Here is the picture that he found online to use as a guide.  He drew it using squares to make it larger. 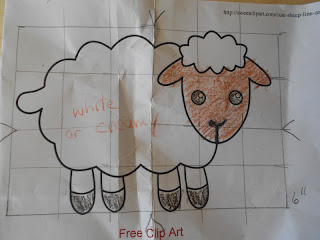 Then he cut the two sheep out of wood and drew on the faces. 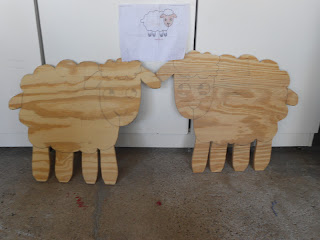 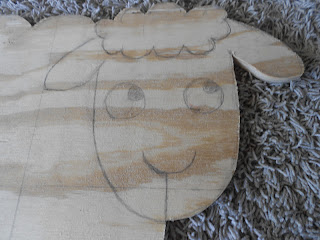 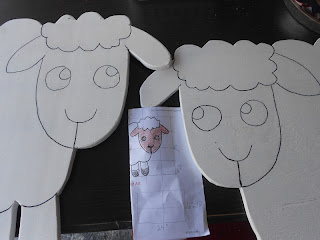 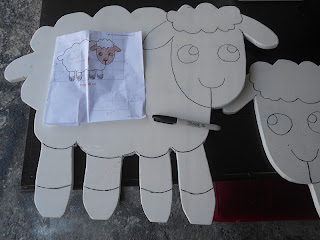 After the sheep were painted white, they used a light brown for the faces and then traced the details with a Sharpie Pen.  The feet, eyes, nose and mouth were painted with black acrylic.   After the paint dried, Jerry sprayed them with a clear matte finish. 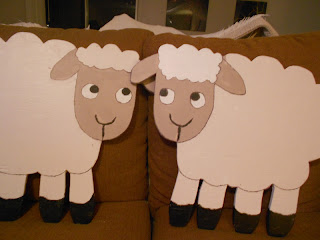